The following is a memoir blog. The stories are actual occurrences described to the best of my memory, but names of individuals have been changed to protect their identities. 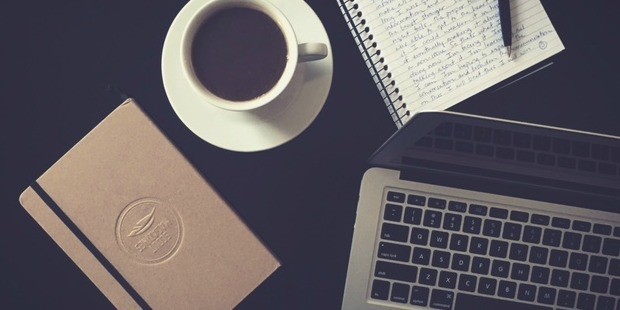 To say it feels odd to make a phone call home as a patient in a mental institution is an understatement. Yet not too long ago, that’s exactly what I found myself doing. I was calling my mom in Los Angeles from McLean Hospital in Boston to let her know I had safely checked in. I was a patient in its Obsessive Compulsive Disorder Institute, a residential facility where people whose lives are severely hampered by Obsessive Compulsive Disorder (OCD) come to hopefully get better. One has to apply to McLean’s OCD Institute and if a review panel deems you qualified, meaning in serious need of treatment, then you are granted one of their twenty residential spots. Having been a Los Angeles resident at the time, why did I head all the way to Boston for treatment? As OCD is a relatively newly diagnosed mental illness, there aren’t many residential psychiatric facilities that treat it. In the U.S. there are still less than ten. McLean’s OCD center is the most reputable and known for its beautiful campus, so that’s where I headed. I wanted to regain some sense of normalcy. I wanted to no longer avoid people and places that my mind deemed “contaminated.” I wanted relief after many years of mental anguish and being compelled to engage in odd behavior. I wanted all those things, but I admit I also wanted to get better at a place where I could half pretend I was on a “rest vacation.” McLean’s grounds, which were designed by famed landscape architect Frederick Law Olmstead (who later became a patient), are indeed incredibly beautiful and the residential buildings are still the original 19th century structures covered with ivy.

McLean’s storied past further enabled me to trick myself into my make-believe reason for my “sojourn.” At its founding in 1811, McLean was a mental facility for the advantaged and often noteworthy. It’s was where famed MIT mathematician and Nobel Prize winner John Forbes Nash received treatment at the same time that Pulitzer Prize winning poet and Harvard instructor, Robert Lowell was a patient. Sylvia Plath wrote her most famous novel, The Bell Jar, borrowing from her experiences at the hospital. Even Ray Charles and James Taylor reminisced in popular songs about their time at McLean. It seemed if you were a patient at McLean, it was unlikely that sometime in your past you had tipped a cow, or auditioned for a reality show.

However, after my arrival, I quickly understood McLean wasn’t a Martha’s Vineyard cottage rental. Inside the historical structure of North Belknap where I was to live for the next few weeks, was a sparsely furnished, very drab, well….institution. The common living areas were bleak, and the bedrooms felt like communism. My mattress and pillow were permanently enclosed in plastic. The furniture was stark. Affixed to the wall was a small, scratched mirror. That’s it. The bathrooms (think gas station restrooms) that all residents used were kept locked at all times and access had to be granted by staff. Oh and you had to let the staff member know if you needed amenities such as soap and toilet paper as the bathrooms contained none. It was all a shock to the system that made me acknowledge this was a hospital; I wasn’t there to vacation, but to get better.

Another thing I soon noticed was how socially apt the other patients at the OCDI were. No one was walking around like a zombie with drool spilling out of their mouths. On the contrary, many patients were intelligent, witty, gregarious, charming, and from all walks of life. While I was grateful for the sociability and geniality of my co-patients, I could see they were tormented and I understood. Just by being there we shared an immediate bond born of suffering to such a degree that compelled us all to take the unexpected, desperate, and drastic measure of seeking help at a residential psychiatric facility. But we got ourselves there, finally, and that gave me pause. See if I hadn’t received treatment by the highly qualified staff at McLean, my life would be veering ever closer to that of Howard Hughes in his later years. In short McLean’s OCDI saved me. But receiving such salvation doesn’t come easy and even when found, isn’t always accessed.

While McLean is no longer a place where only people with means can come to get better, it’s still a daunting destination conceptually. We don’t ever want to feel like we need to be at a place like McLean. There’s shame in a lack of mental fortitude, let alone admitting to a debilitating mental condition and needing help for it. There needs to be greater understanding and acceptance that healthcare – need of care for health – isn’t just about the physical ailments that can substantially impede functionality and quality of life. Since I was able to access professional help, I now know the extreme difference between living a healthy, functional, and happy life from merely struggling to cope in a painful existence. As a result of the treatment I received and the perspective I gained, the next time I see an oddly behaving person or someone who may seem askew of some determined norm, I will try not to judge them harshly. I know better now.

Granted, I don’t walk around eagerly sharing my experiences as a badge of honor. People don’t usually respond with effusive praise, or even passive disinterest when one states one has spent time as a patient in a mental health facility. The usual response is an awkward one with trepidation to know why. Again, there’s still a lot of stigma attached to mental illness. For that reason I long made no mention of it to anyone other than to my closest of family and friends who already knew about it and supported me. However, avoidance is something I learned to try not doing at McLean, so fear that my confession of having been at McLean would yield some embarrassment is now overshadowed by two things. One, having come out of the proverbial “other side” makes me feel compelled to share my story with others who may be suffering as badly as I once was and who may not be aware of, or still afraid to seek the right professional care. And two, the whole OCD ordeal and my form of it (which was antithetical to my education, knowledge, upbringing, and nature), made me do a lot of thinking – the good kind. And through this deliberation, I learned to be more accepting of myself and less afraid of judgement. *See About The OCD Memoirist section.

I don’t want this blog and self-reflection to feel pedantic or like it’s catering to placement in a bookstore’s Self-Help section. I just want it to be of some benefit, whether it brings some levity to those in need of it, or a sense of connection to those who feel very alone in their pain. I want to use what I incurred and learned as a severe OCD sufferer for something good. To borrow from my friend, to “turn pain into purpose.” So here’s my story based on my experiences and the journal I kept during my time in treatment and sometime thereafter.

* Unfortunately, I had to turn off the “comments” function on this blog a while back. Despite the very kind feedback and comments, the blog was also getting spammed frequently, sometimes with links that could corrupt the site. However, I still love hearing from readers, so please don’t hesitate to send me an email via the Contact section.