27. Thank You For Being A Friend 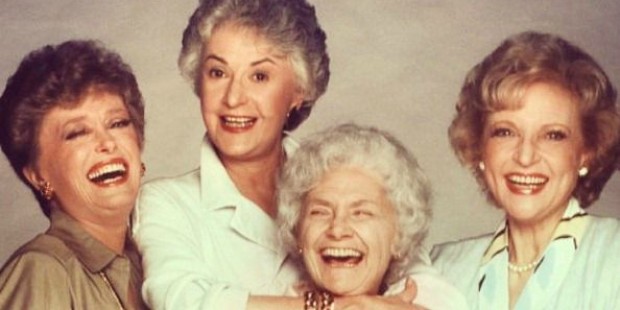 27. Thank You For Being A Friend

“You know, I used to have the same thing. I would think something bad would happen so I would do all these superstitious things to keep it from happening,” my mom was saying, “And then one day I just thought, ‘This is all nonsense. It’s meaningless and I’m sick of doing these things and being superstitious and just always thinking about the bad things that could happen,’ so I just decided to stop! And you know what? It worked. I stopped it,” my mom said.

It was as easy as that, apparently. I had been so silly. I wasted all this time suffering, perpetually in distress when all I had to do was to resolutely psyche myself out of this bad habit. I had spent so many anguish-laden hours of regret, crying in the shower while scrubbing myself “clean” when all I needed to do was give myself a good talking to.

“When I decide to do something, I do it and that’s it! You know, when my doctor informed me of my very high blood pressure and that I was at risk of diabetes, I knew I would change that,” my dad said gravely. “I was determined! I started cutting out all salt and sugar from my diet and ate only organic vegetables and lean protein. No red meat! And you know what? The next time I went to see my doctor and he checked my blood pressure, well, you know what? It had dropped a lot and my blood sugar level was down. I’m always determined to do whatever I decide I want to change and you can do the same!” my dad exclaimed.

They meant well. And perhaps it was just a generational disconnect. I mean mental illness was something very different when my parents were growing up and OCD wasn’t even a thing. However, people my own age couldn’t be as impervious to the complexity of mental ailments and certainly were more attuned to the distress of those who incurred severe mental malfunctions.

So when Mike, one of my closest friends, who’s even younger than I am, said, “I’m going to fix you, Farsh. You just need some tough love,” I didn’t visibly recoil or allow my face to convey any sense of deep disappointment. Probably because I had grown accustomed to this kind of rhetoric. Even from my peers. I knew Mike cared. He may not have loved me as my parents did, but he genuinely cared a lot. I knew that and yet I didn’t want to hear his advice. At least not on this issue.

See unless one suffers from the exact thing the person whom one is assessing/judging does, then that suffering just isn’t comprehensible. Aside from those who suffer the same challenges, the most empathy and understanding a sufferer could hope for comes from a mental health professional who’s studied their ailment. Unless you have read volumes of books on the mental illness and observed the torment of a person in the throes of suffering, don’t ever assume to know what can “fix” that person or offer any form of armchair remedy, let alone a cure! Sorry, my bitterness and resentment at those who think they know and know exactly how to help comes out now and then. Usually I’m good at just listening, suppressing, accepting, and moving on without much comment. Again, I have grown used to it. I’m even guilty of giving such advice myself. And with far less compassion then those who wanted to help me had.

What does that mean? It means I didn’t realize the extent of hypocrisy I was capable of until I was a patient at psychiatric hospital myself. Until I went to McLean Hospital, I wasn’t aware of how nearly impossible it is to really understand. I mean, I was at McLean, a patient there seeking treatment for debilitating OCD, and yet somehow, I managed to still feel superior and able to judge my OCD patient peers! Somehow my OCD was valid because, well I was enduring it, but the kind of OCD some of the other patients at McLean were there for; well I just couldn’t empathize with.

Initially, I even trivialized the OCD experiences of some patients and couldn’t grasp why they were having such a hard time getting better. Their OCD didn’t seem nearly as difficult and debilitating as mine. Why couldn’t they just really try hard and get better? I mean the girl who was obsessed with cleaning and removing lint and “erroneous” particles from everything seemed odd but very treatable. The guy obsessed with peeling the patch of skin behind his neck to the extent that he had to have new skin surgically grafted over the peeled-at patch, which he was again peeling and picking at, seemed to be in genuine discomfort. So just stop peeling your skin! There were others with intrusive thoughts of harming their loved ones, mainly their children, and that seemed very unfair because I knew how forceful and abusive such thoughts could be. I didn’t trivialize them, but man some of the others….

And then I got it. I understood how ridiculous my OCD must have seemed to my friends and family. I mean, here I was a patient at a psychiatric hospital with OCD and yet, I was still judgmental and somewhat dismissive of other forms of OCD. I started to grasp how others who didn’t even have OCD must have viewed my behavior. Perhaps I was overindulgent of my “weaknesses” and too lazy to really try and get better. If I wanted to really improve and not be a victim, I would just try harder, be more disciplined, determined, aggressive, and proactive. I must have been in need of a substantial reality check, tough love, and just had to formulate a plan of action and doggedly stick to it and do the work. I must have really seemed pathetic to others! How could I get them to understand how hard it was? How could I get them to know that if there was any possible way I could escape my OCD without feeling sheer panic and completely defeated, I would do so in a nanosecond! Yet, how could I expect them to know that, when I myself was imposing judgment and doubt upon other sufferers? What a fucking hypocrite I was.

Still, it was hard for me to understand certain OCDers “hang-ups” because while I was an insider to their form of suffering, I was an outsider to their particular cause of it. I wanted to feel my OCD merited acknowledgment and help but that I was still somehow less far down the rabbit hole than some others. Perhaps by judging them to be “crazier” than me, I was differentiating myself as still being highly cognizant and thereby closer to being “normal.”

Whatever reason I had, it was wrong, but it enabled me to understand that I couldn’t get mad at others for their judgment of me. I just had to try and not let it consume me. I had to work on the OCD itself and not feed further into the insecurity and paranoia that surrounds it. That’s what the OCD wanted. That would make its hold over me that much stronger.

So after McLean, when I was in the midst of an ebb and my support system noticed a minor OCD transgression, I decided to just let them offer their advice to me as to how I could get better altogether. I had to remember they offered that advice out of concern and care. Their intentions were good. Sure, their methods were wrong, but there was noble intent nonetheless. I just had to inform them that there is still no cure for OCD as yet, it’s all about management and keeping control of it which was something I always endeavor to do with the tools I had acquired from my treatment at McLean. Sometimes I would be managing it far better than other times and even some other times still, it could prove much more of a struggle, but that’s all I would inform them. Then I would listen to their advice and hope I didn’t get too wounded by it and if I did, definitely not reveal so. They all meant well and that meant a lot.

In offering my own advice to fellow patients, I learned something else that proved very valuable. It’s all about the acknowledgment and delivery. The method, tone, and words used make all the difference between seemingly sincere care and passive judgment from a place of superiority. If the non-professional wants their counsel to actually be effective and yield beneficial results, then just don’t dole out advice. The reason being is that it places the advice-giver on a preeminent level; an authority on something they probably know very little about, and all that yields from the recipient of that advice is resentment. Instead of giving advice, which implies assumption of some expertise and having made an assessment of the situation, which implies judgment, just offer your acknowledgement and support. Just say, “I’m sorry you’re suffering,” or “I support you,” or even just “I hear you.” It’s incredible how empowering and reassuring a simple expression of support can be. Real understanding takes time but compassion can be immediate. So initially, the best thing to offer someone in need isn’t an assessment or even well-intentioned advice, but just some acknowledgement and support. That unassuming show of support will be so much more beneficial for the recipient, both mentally and emotionally.

Support feels more like a rapport between equals and thereby is more likely to yield reciprocation. Ultimately isn’t that what the supporter wants? For the recipient to give back by trying to improve and get better? You honor the perspective and knowledge of the person you are supporting which will make the person more receptive to eventually hear your advice. That notion just feels more caring. So don’t just give instructions, but ask the questions. Make it a conversation: I love and appreciate that you care and want to help. The best thing you can offer toward our mutual goal of improvement and less suffering is just a word of support. Leave the advice to the licensed experts. I’m not your patient, I’m theirs. I’m your friend and I need you to be mine. I’m not asking for you to completely understand. How could you? You’re not dealing with OCD. You’re dealing with a person who has OCD. I’m just asking for less advice, which really just feels like a lecture, and asking for more open support. That offer of support will do far more toward my endeavoring to get better. That will help.