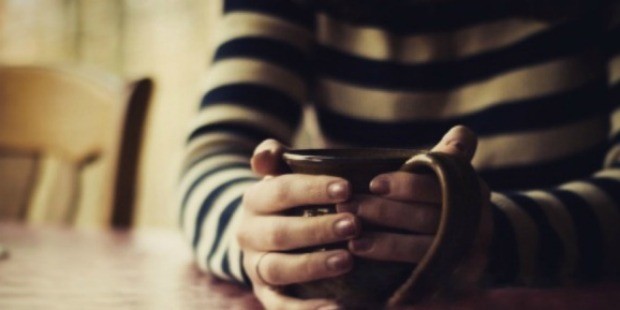 “My car’s ready to be picked up. I need you drive me to the body shop,” Ashley said. It was a small request which under normal circumstances I would have been happy to oblige, but this time I was panic-stricken. I started mentally scrambling and talking at the same time. “Well I can just have one of the trainees drive you,” I said. “I don’t think I should leave my desk. And my car is a mess. I will call the mailroom and get one of the trainees up here.”

“Ash, my car is really messy right now. There’s junk everywhere! My passenger side has my workout clothes and shoes and so much random garbage. It’s seriously embarrassing. Trust me, you will definitely want to have a trainee take you,” I said.

“You’re so weird about letting people in your car. No, I’m getting in it,” Ashley insisted.

“Ash, seriously I don’t think that’s a good idea,” I said almost pleading and feeling like hurling myself out a window may be my only way out of this.

“I don’t care, Farsh. You have always been secretive about your car and it’s strange. I haven’t ever been inside it so I want you to take me in your car. I don’t care how messy it is. I have to leave so just get it and bring it to the front. I will meet you outside in five minutes,” Ashley said determined. I knew pleading further was futile. So I just wanted to get as much junk out of the front seat as possible within the allotted five minutes.

“Ok fine, but you will see I wasn’t kidding about the mess.”

“I will see you outside in five minutes,” Ashley said smiling.

I ran out of the lobby as soon as the elevator doors opened and ran to the garage. “Oh my God! Oh my God! Oh my God! Oh my God!” ran in my head as I reached my car and opened the passenger side with a few folded paper towels. I used the same paper towels to grab the discarded wrappers, receipts, parking tickets, and unopened letters from the front passenger side seat and floor and ran them to the trash receptacle by the elevator. Then I ran back to my car and, got in and looked at the back seat and the trunk. The trunk was packed with “untouchable” items but hopefully Ashley wouldn’t notice too much debris sticking out above the back seat headrests. My car was filthy and badly needed a car wash. I hadn’t taken it to one in months out of fear that the car wash workers would touch one of the contaminated items in my car, or move them around, and then touch the clean section of my car – the driver’s seat and steering wheel. So the car accumulated months-worth of grime and now my boss would see it and be in it. My impeccably dressed, primped and perfumed boss! Ugh!

I drove with my right hand only, per usual. My uncontaminated hand was by my side but I knew my boss would think it odd I was only using my right hand if I had to make sharp turns. I was afraid my boss would poke around and touch contaminated areas and then touch me. I couldn’t believe this was happening. Why was this happening?! After I drove out of the parking garage and toward the building’s main entrance, I could see Ashley was already standing there waiting. She looked up briefly and then continued to text on her phone. When I arrived right next to her and stopped the car, she continued to text for several seconds longer, then opened the passenger side door and got in. As I noticed how dusty the inside of my car was and crumpled tissues inside the passenger side door pocket, I wanted to disappear. I drove out of the driveway and into the street. It was so difficult to concentrate on driving with my boss sitting next to me…..in my trash heap car!

“You can turn on the radio if you want,” I said.

“I’m fine. Your car is filthy, Farsh. You seriously need to get it washed,” she said.

“I know Ash. This is exactly why I warned you to get a ride with an intern,” I replied.

“Why haven’t you gotten your car washed in so long? Do you let people drive with you in this?” Ashley asked.

“Uh, no Farsh. You can take twenty minutes out somewhere in the week and get it washed. Have the parking guys do it. They have a car wash service. You can get your car washed while you’re at work,” Ashley said.

“There’s no excuse. Just get it washed. Turn right up there and pull up to the side,” said Ashley.

“Ok,” I said. I didn’t know what else to say. It was so awkward. I wanted a new life stat.

When I pulled into the service shop a few minutes later, I turned to Ashley and asked, “Do you want me to wait here until you get your car?”

“I’m fine. Head back and send an email to Liz about her meetings tomorrow. Make sure she knows exactly where she needs to be for each one and send her the name of every person in each meeting,” said Ashley before she closed the door and started walking in her usual brisk pace toward the service counter.

I was glad it was all over. I felt a little shell-shocked that I actually just had Ashley in my car, (my unbelievably embarrassingly messy car!) but relieved that she didn’t poke around and cross-contaminate anything. After I parked my car again at work and had thoroughly washed my hands before getting back to my desk, I checked my email. There was one from Ashley that read, “Thanks for the ride. Don’t forget to email Liz her meetings.”

I sat there for a little thinking about her email. It was curt but I felt like there was an effort at assuaging my embarrassment about my car. She just wrote four simple words – thanks for the ride, but knowing Ashley, those few words conveyed a lot. It was as if she sensed my embarrassment and knew I would dwell on it, so she eased my paranoia by thanking me and instructing me to move on and get to the tasks at hand that needed to be done. Those four words succinctly revealed how Ashley had inadvertently been somewhat of a savior for me in my struggle against OCD. She acknowledged my efforts and asked me to focus on doing productive things. It was a dynamic I desperately needed and without which I probably would have been aggressively pulled into the dark vacuum of OCD. Ashley was very aggressive herself and despite her stern exterior and frequent lashing out, she also had a heart. That was something OCD couldn’t compete with.

At that stage in my job I was an awful employee. I was so distracted and consumed with OCD thoughts and rituals that I was forgetting things I needed to do for work, important things. I was neglecting doing my job well. Yes, I was playing with a huge handicap, but the agency world didn’t make allowances for any weaknesses. Ashley did. Sure, she lashed out in response to my ever-growing number of weaknesses, but she didn’t just fire me. I don’t know if this was because she reflected on how aptly I used to execute whatever she needed me to do in hopes that I would resume that level of competence or if she just held a soft spot for me because we had been working together for almost two years now. I just knew she didn’t get rid of me even as I got to be really bad at my job. She kept me on and yelled more and demanded me to improve and that helped stave off my altogether acquiescing to OCD.

I was massively consumed by OCD, yes, but I hadn’t yet been completely pulled away from reality by it. I was still functioning, in an ever-worse capacity, sure, but endeavoring to somewhat function nonetheless. Ashley demanded it and I still wanted her to believe in me. The dynamic was far more dysfunctional than functional but at least the word “function” was in there somewhere.

After I had applied for admission to McLean and was accepted as a patient, I gave my work notice. I was taking a leave of absence but knew it would probably be a more permanent leave. On my last day at work before heading to McLean, I went out to lunch with a bunch of my colleagues. Ashley attended as well. I don’t remember much of the conversation at that lunch. It was probably just the usual small talk and anecdotal office banter. But I do remember one brief moment from that lunch. One of my colleagues asked what I planned to do with my car while I was in Boston. I replied that would probably sell it. I remember Ashley then interjecting with, “His car is great. You can get a good amount of money for it. It looks brand new. I rode in his car a while back and it was spotless. Clean, spotless, like new.”

I started to smile because I thought Ashley was being sarcastic and was about to reply with some excuse as to why my car was such a mess when she rode in it, but when I looked at her expression, I stopped myself from saying a word. Ashley wasn’t being sarcastic. She was trying to be genuine. She wanted the others present at that lunch to think she thought my car was kept clean and spotless. She covered for me and gave the others an impression of me as still being organized and still having a sense of normalcy in my life. That’s a kindness I remember to this day. That innately kind interior inside that tough shell is how I like to think of and remember Ashley.