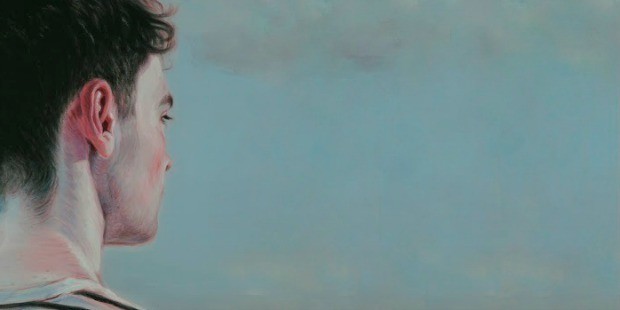 I was just informed that I could leave here within the week. This was meant as good news. It meant I had proven I was sufficiently rehabilitated and could re-enter society. I had conflicting emotions about leaving. I did feel a swelling sense of achievement, real achievement, not the kind I had always pursued. And I was excited about the prospect of homemade food, being able to sleep in a bed with crisp sheets, and taking warm showers in a bathroom that didn’t mimic a dilapidated housing shelter facility. Yet, I also felt trepidation about checking out. I had grown attached to this place, the mental institution. It’s funny; the place I so desperately wanted to flee on my first day is where I had found a sense of belonging. Despite the grueling therapy regimen and all the taxing mental re-wiring, McLean is where I came to feel the most at ease and like my true self in many years.

I now weighed several pounds more than when I arrived and could barely fit into even my baggiest jeans. I had a full, but patchy, beard and outgrown shaggy hair. My clothes don’t bear any recognizable labels, but they were properly laundered, looked tidy and most importantly, were the same ones I brought with me to this place. Amazingly, despite all the awful and uncomfortable situations the therapists placed me in while wearing them, I didn’t throw them out and would take them back with me. I was also taking with me a new perspective and understanding. One could regard it as something manifested from an epiphany of sorts, except it didn’t come in the brief timespan an unexpected realization takes. It came through enduring the psychological and emotional toll of a hopeless, mundane, onerous routine of stagnantly wading in a murky puddle of sick for a seemingly immeasurable amount of time lost. Then only to have that stagnancy broken by a slow yet building momentum resulting from the backward motion of drowning when the meager effort of wading to survive no longer makes sense.

By watching myself through wide, terrified eyes, fall one year into the next down a very deep, opaque spiral that eventually led to a psychiatric facility, I was ultimately able to gain a vastly broad spectrum of sight. It felt somewhat ironic that McLean Hospital’s OCD Institute, where people suffering from Obsessive Compulsive Disorder of a severity deemed incapacitating came for treatment, was where I not only found mental salvation, but also a sense of freedom to start living a life closer to the one I had always wanted.

I had spent what felt like a lifetime trying to keep up the pretense that I cared about cultivating the right image. Stating clever words aloud that I had rehearsed in my head. Laughing at pithy jokes because they were made by a superior for whose approval my soul was ambivalent, yet I still sought with the manufactured zeal obliged to a “mentor.” Wearing clothes portending I was an ardently committed professional contender but felt like I was masquerading in a fool’s ill-fitting costume. Memorizing the proper pronunciation of important names so that they were conveyed with reverence yet induced a sensation as pleasant as spitting out a mouthful of chalky gravel. The choices, decisions, actions, and ideas, all of it, I had made were not meant for me. Living the wrong, uninspired life had detrimental consequences on my well-being. Then the onset of escalating OCD which felt like an excessively cruel and unusual added punishment for proceeding off-course for so long, actually ended up serving as a jarring discharge from a routine of mendacity and a desolate existence.

After a long journey of false leads, my severe OCD led me to McLean, an aberrant destination that would set me on a better path. Did OCD removing me from living a routine of vacuous mental subsistence outweigh the curse of mental anguish that the OCD itself had wrought? Absolutely not. There will never be anything about OCD I won’t loathe, let alone ever be thankful for. But I was glade there was change. Many changes.

I was now a man who was a dumpy, undistinguished patient at a psychiatric facility. I was a man without a job or idea for any new prospective career path. I was a man who had not only lost his hard earned life’s savings, but was now over twenty grand in debt due to years of buying things I would be compelled to angrily throw away a short time later. Indeed, I owned almost no material possessions other than the heavily worn, comfortable clothes I packed into the duffel bag I brought to McLean. I certainly had no “assets” or “net worth” to lay claim to at that moment. I was a grown man who would trade the stigma of residing at a mental facility with the stigma of having to move back in with his mom. After years of financial independence, I was again completely reliant on my parents and already greatly indebted to them for covering much of the not-so-inexpensive cost of my treatment at McLean. I was a grown-up who was starting over and thus comparatively rather behind in life. Consequently I knew I now would be at a significant disadvantage when it came to dating. But I would wear that humility as a badge of honor. After years, I was done with the practice of pretention that had encumbered me for so long. I wasn’t really a prospective anything in any category now and I would readily own up to it.

It seemed, after all those years of struggle, I really didn’t have much to my name. But, I had hope. And after so very long I was free and I was well. As I rested on the stone steps outside the resident facility and thought about my present station in life, I mean where I was at that very exact present moment – a grown man, with no job, deeply in debt, sitting on the steps of a mental facility as an OCD patient, where I was about to check out without a clue as to what I would do with my life now, I overwhelming felt something that had become rare and precious which I could, at long last, lay claim to. At that present moment as I sat there, I felt, after what seemed an inordinately long absence from my life, unequivocal, true happiness.