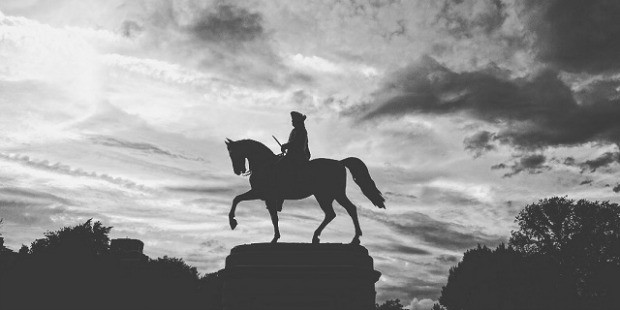 It’s a little known fact personal fitness trainers, who may be actively personally training their clients, don’t necessarily have any certification, or training themselves to do so. I learned this when I accidentally became a personal trainer myself.

I had recently moved to Boston from L.A., and after finding an apartment, decided to sign up at a nearby gym. I visited the nearby, gym, a branch of The Boston Sports Club chain, and was put off to learn that this dilapidated facility with outdated equipment charged more than the average competitive rate in Boston. While I wasn’t excited about the exercise establishment near me, I knew that convenience was paramount and if I had to venture to a gym that was more than a couple of blocks away from the place I lived, I wouldn’t ever see the inside of a gym while I lived at that location. So, the sub-par Boston Sports Club it would be. However, I certainly wouldn’t be paying the asking membership fee as it was excessive to what was being offered. My plan was to make them an offer for a monthly payment that was fair and adequate for their facility. Should they improve the conditions down the line with a remodel of the interior or by purchasing newer equipment, then I would consider increasing my monthly payment.

When Will heard of my plan he laughed and said, “Dude, it’s not a flea market. The rates are standing rates and everyone who belongs there has to pay the same amount.” What a dumb observation, I thought. Of course it wasn’t a flea market. One, I wouldn’t ever enter a flea market and two, what this gym provided didn’t merit the rate they were asking. I just wanted a fair deal. Besides, I had practice bargaining. That’s all I did for years while working at talent agency in L.A. During that extended duration, in exchange for my soul and happiness, I had become a master bargainer.

When I went to the gym, I asked to talk to “the person in charge here,” such as the club manager. I didn’t want to deal with the aggressive membership sales staff. By reputation gym membership salespeople are like unrelenting snake oil salesmen with limited license in price negotiation anyway. Why bother with that? I needed the club manager. However, I was informed the club manager wasn’t at the club that day, but the Fitness Manager, Mike, who had equal discretion and authority, was available to see me. I was reluctant but agreed to meet with the substitute.

Mike ushered me into his office and asked what he could do for me. I started my reply by relaying the deficiencies of various facets of the gym and was curious to know if there were plans in place for improving them. He asked if I was well versed with gym equipment and workout regimens. I let him know that I had participated in high school and college sports and consequently had spent a fair amount time doing mandatory training exercises in and out of the gym. He then inquired as to which sports I had played and where I had played them. Shortly after my somewhat (read: very) embellished reply, I found myself defending my alma mater as he ribbed me about some of my university’s notorious standing rivalries.

I found Mike the Fitness Manager to be affable and our debate was good-natured. A jovial conversation ensued for about an hour in which I relayed information about my recent move to Boston, how I was uncertain as to what I hoped to do here professionally, and other generalities.

He then asked me if I had any interest in being a trainer at the gym. I laughed a bit because I thought he was joking. He wasn’t. I thanked him for the offer but let him know that I wasn’t a certified personal trainer. That’s when he informed me that I didn’t need to be one to “practice” which I thought made it sound as if it was like being an unlicensed doctor or an attorney, i.e. a fraud. According to Mike, all I had to do was be in the process of studying for my certification. I could train clients while I studied. I asked about the possibility of not passing after having already trained clients. He let me know that would not be good, but only because I would have to re-take the exam which would “suck.”

After graciously thanking him for the offer, I asked him if I could think about it overnight (which was one of my standing rules for any big decision). He agreed and I left. When I arrived back home, the more I thought about the prospect of being a personal trainer, the more I liked the idea. It would be extremely convenient as the gym was literally around the corner from where I lived. I would be learning a new trade that would afford me a new skill set while studying toward a useful certification in a completely different professional area. I would get to workout for free. I would be forced to exercise. I would be working with people. I would have a flexible schedule. I would probably not incur too much stress. After spending years working routinely long hours under very stressful conditions, the last two benefits were particularly appealing to me.

I decided to call some friends to get their thoughts on it. I called Regina first. After I relayed everything to her, she paused and eventually asked, “This a joke?”

She then started on about how I didn’t know the first thing about being a personal trainer and how could I be a personal trainer as I didn’t have any certification or awareness about fitness and on and on until my attention drifted to what I was craving to eat. When at last she was done, all I stated was, “I think it’s a fine idea and I bet I will kick some ass, yeah!”

After a pause, Regina said, “Farsh, I can’t listen to this absurdity anymore. Call me back when you want to have an adult conversation about normal things.” I should have known that Regina was the wrong person to call for praise or assurance. I decided to call one of my guy friends next. After I relayed the story to Gary, he immediately said, “Dude! That is fucking genius! You will have the best stories ever!” I felt better.

The next day, I returned to the Boston Sports Club around the corner from where I lived and informed Mike I was accepting his offer. Then I walked over to the nearest CVS pharmacy (at a brisker pace than usual so as to elevate my heart rate) and bought several fitness magazines and a nutrition bar. I was all set.