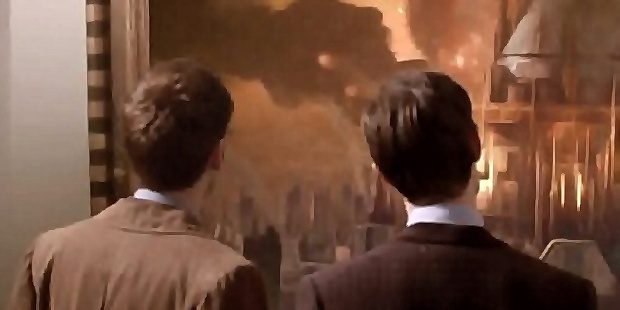 There’s a certain honesty to be found in lies (an oxymoronic prose and an admission). Lies reveal the extent of moral compromise one is willing to make and the degree of guilt one’s conscience will allow. In this sense, they can be regarded as a challenge to self. How much lying can one endure before it feels entirely wrong? What is the threshold before self-loathing? How long until lines are blurred and one starts to find it difficult to discern what was a lie from what actually occurred? For me lying became the default norm. I had to do it to cover up my OCD and justify my increasingly odd behavior. I lied to others and to myself. I lied to people I knew well as well as to people with whom I’d have a fleeting encounter, meaning where lying wasn’t even really necessary. Again, the act became something I just did, by default, so regularly that it was reflexive, almost involuntary. I lied so much I grew numb to it. That allowed me to tolerate myself. I was sick and I was sad. I felt I had to hide those facts and since the emotions attached to them were all consuming, I lied about everything. I was living yet another cliché – my life was one big lie. I hated everything about lying. What it did to others and what it meant for me. It was repugnant to my conscience, but now intrinsic to my character. Not easy discrepancies to reconcile. However, I had other things to occupy my thoughts than just conscience and grandiose disappointment. I had OCD and as long as I had that, it would rule my thoughts and so, the lies had no foreseeable end. Even after seeking treatment at McLean, a place I could at last be completely honest about my OCD, I was still lying about other things just because I had grown into the habit. Then I met Will.

He was my roommate at McLean and he was above all else, honest. I don’t mean that he was a card-carrying disciple of the truth police, or anything so rigidly pious it’s loathsome. I mean he was open and stated things as they were. Sure, he would engage in a white lie now and then; he was no strict adherent of virtue, but was always candid. You knew where you stood with him and what he was all about. He wasn’t inherently altruistic by any means. In fact, he was almost selfish in his needs, but there was even honesty in that. He let you know when he needed space, when to back off, what he liked, how he felt about his family and anyone you asked him about. In short, he was open and forthcoming and this made him decent. His openness about his life and his thoughts struck me. Hard.

I had been living lie after next, day after day for a few years now (yes living a lie for years!) So, when I encountered Will, I found a person who was living as they were. A concept that in practice was completely foreign to me now. The more I came to know Will, the more attracted I was to him. I don’t mean romantically, although he was very handsome. I fell for what he stood for– living as you are. Will was living authentically. In a sense all of us who were patients at McLean, now were living honestly. We didn’t have to hide the things we guarded when we were in the “outside world.” What we were hiding from others in the outside world, is what brought us to McLean. It’s what we talked about and dealt with every moment of every day while at McLean. The things we tried to cover up before coming to McLean were the most prominent label of our personas now.

Yet Will took this openness and vulnerability to the next level. He was as honest outside of McLean about the aspects of his life exclusive of OCD, as he was about his OCD. I aspired to be like Will and I wanted to be around him as much as possible. He was refreshing and enigmatic. And there was a connection between us. He was intelligent, socially aware, and had a wickedly sardonic sense of humor. The rarity of finding another person, let alone another patient, with a dark, acerbic wit made us instant cohorts within our mental institution home. We made light of where we were and fun of ourselves. Injecting brutal humor into our current station enabled us to cope with the actual gravity of it all.

We also were at the opposite spectrum of OCD symptoms, which allowed us to keep each other in check. He could cut his hand on a discarded knife and then grab hold of the doorknob to a dingy gas station bathroom entrance without giving it much thought. His OCD was more metaphysical and focused on behaving in the “right” and most benign manner in any given situation. His OCD wasn’t so much about scrupulosity and moral certitude as it was about how things should properly play out in the universe, with the correct outcome. He needed to get things right in the transcendental, spiritual sense. In essence, he needed to make decisions and live in the best possible way so as to sustain good karma and ethical justice. He was obsessed with this and ritualized so as to better ensure its likelihood.

Again, like all OCD, it was completely irrational and he knew it. That was another characteristic that bonded us – we were both very self-aware. He knew the absurdity of his rituals and illogic of his OCD, but like me, he was compelled to ritualize so as to avoid the irrational fear of consequences. I grew rather close to Will during our time at McLean. I felt I had found a kindred spirit who, like me, also had OCD. This was almost too perfect a coincidence.

Will was also highly competitive, like me, so we had many heated games of Trivial Pursuit, Boggle, Charades, and Chess. One night, our group game of Boggle grew so loud, the attendant on duty came into the kitchen where we were playing and asked us to keep the noise level down. The patients on the floor above us had complained about how loud we were. The patients above us were the psychotics. In my impatient effort to dismiss the attendant so that we could return to our enthusiastic Boggle game, I offered her this response to the upstairs patients, “Just say to them that what they’re hearing are the voices in their head.”

This didn’t amuse the attendant. She gave me a “we-don’t-make-those-sorts-of-jokes-here” look and went off to write me up for making an inappropriate comment. The write up would be added to the notes in the binder with my name on it. (I was always so curious about the confidential notes and observations about me that the binder contained.) But Will and the rest of the people in the room laughed, which was justification enough for me. I didn’t care about the write up. If anything it would reveal that I’m human, capable of social transgressions and the very human trait of sarcasm. Any notation that “normalized” me in that binder containing pages and pages about my abnormalities was a welcome inclusion, even if intended as recrimination.

One night after lights had been turned out and Will and I were in our beds, we laid in silence for several minutes. This was unusual for us. Usually we would talk a bit before we both felt sleepy and passed out. But tonight was different. I had a really difficult day of ERPs and consequently was in no mood for idle conversation. I was lying in bed weary and drained but couldn’t sleep. Despite being mentally exhausted from the day, my mind was racing as it tends to do from a day of heightened triggering. So I didn’t talk and Will followed my lead and kept silent. He knew I had had a rough day. After several minutes of silence, he asked me if I had heard the story of the horse that was too wild to be ridden. I said I hadn’t heard it. He took a deep breath and then in a calm and even tone started to relay it to me.

“There was this farmer who had a stable of horses. One day he brought home a new horse and immediately realized he had his work cut out for him. The horse was extremely wild and unruly and didn’t let the farmer get near him. At a loss as to what to do, the farmer put out a notice that he would give a big reward to anyone who could mount the new horse and be able to ride him long enough to tame him. The next day a local strongman came to the farm and thought he could mount the horse using his strength and force. He tried to strong-arm his way on the horse, but the horse bucked him off right away and the strongman wasn’t able to even get near him again.

The farmer was about to give up on the horse altogether when a frail, old man showed up. The farmer asked the old man what he wanted and the man asked if the reward for mounting and taming the farmer’s wild horse was available. The farmer replied it was but that the old man better not bother because the town strongman and the town’s best horse wrangler had already tried to ride and break the horse but failed. The farmer said the horse would probably kill the old man if he tried it. The old man said he’d take his chances. The farmer said to the old man that if he wanted to kill himself, then he wouldn’t stop him.

“It’s some Zen story or something I heard,” said Will.

Then we both stopped talking and soon after fell asleep.