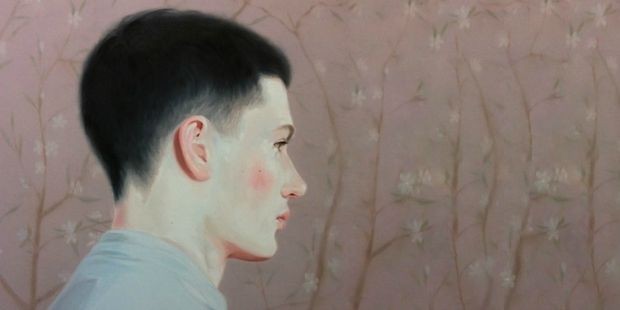 Since it was my first day here, I had been left much to myself to get acquainted with my new environment. I learned later that this is done intentionally. While a strict regimen of structured time is in effect during one’s stay at McLean, the first day you check in you’re left to discover things on your own. They give you some time and space to take it all in. Not just the new environment that you’re in, but also the idea of where you are.

I spent the evening hours of my first day mostly walking around the hospital grounds and sitting by myself in the cafeteria building. After spending a good amount of time in the cafeteria doing some journal writing, I glanced at my cell phone to see it was almost 10:00pm which meant I needed to report back to North Belknap, my new home. Patients were allowed 30 minutes to prepare for bed. Lights-out at 11pm sharp. Getting ready for bed in my new environment required several extra steps, many of which initially felt demeaning. To get into the bathroom, I had to ask one of the on-staff attendants to let me in as the bathroom doors were kept locked. They would ask me what I would need for my time in there. I was alerted to this process before coming to McLean. The bathrooms contained no soap, no paper-towels, no toilet paper, nothing. This actually was extremely unfair to the OCD patients who didn’t have contamination issues as these measures were solely done for the contamination OCD patients there.

After I walked back inside North Belknap, I went to the Counselor’s Station to ask to use the bathroom. A very attractive female counselor in her early twenties named Katie asked me if I needed toilet paper as she flipped through a binder with my name on it. I cringed inside, but just replied as pleasantly and nonchalantly as I could, “No thanks.”

“Well, according to your sheet, you have to be granted hand washing tokens and you haven’t earned any of those yet so I can’t give you any liquid soap,” said Katie.

“That’s fine,” I said despite having no idea what she was talking about. “I just want to brush my teeth.” That actually wasn’t true. I needed to brush my teeth and take out my contact lenses, but without washing my hands, I would not touch my eyeballs as they contain many surface blood vessels that could easily contract disease. (I learned this idea from the movie, “Outbreak,” in which Kevin Spacey’s character, a scientist with the CDC, contracts Ebola when blood from a contaminated patient accidentally squirts into his eyes). So I would be sleeping with my contacts in that night.

Katie then unlocked the counter door to the Counseling Staff Station and came out with a set of keys. We walked together to the bathroom. This was awkward. She unlocked it for me and stood outside the door. This was more awkward. Self-conscious with her standing there, I brushed my teeth thoroughly while I carefully but furtively kept sight of her by watching her reflection in the large mirror in front of me, and by using my peripheral vision (casually taking stock of your surroundings using the aid of reflective objects and peripheral vision to gauge any possible approaching danger is a skill most OCD sufferers have cultivated quite well).

A few minutes passed and I had actually finished brushing my teeth. I was just going through the motions, pretending to still be brushing. I was buying time, waiting for her to not stare at me. The moment I caught her not looking in my direction, I quickly turned the faucet off using the sleeve of my shirt as a barrier. A ritual that was a huge faux-pas there. However, I couldn’t touch the sink faucet with my bare hands, because I always tried not to and mostly because I didn’t have any soap to wash my hands with after if I had touched it.

When I was done pretending to brush my teeth, I exited the bathroom and Katie locked it behind me. I now had forty-five minutes left to get dressed before the lights were turned off.

I walked to my room alone. Thankfully it was still a single so I could avoid awkward small talk with an unknown roommate. I pushed the door to my room open with my foot so as to not touch the doorknob. The sheets, pillowcase, and blanket I had received earlier were still sitting on the nightstand. I was so tired that I just wanted to lie down, but clearly wouldn’t ever do so on a strange medical mattress covered in industrial plastic without first laying down some sheets on it. The question was how do I best handle the mattress without actually touching it with my bare hands?

I remembered I had a magazine in my bag that I took from the hotel. I tore out a few pages and folded them in half. I used these to lift and handle the mattress while I pulled the sheets over with my other hand. The mattress was heavy because using magazine paper to hold it with one set of fingers is an awkward grip. I had to sacrifice the comfort of weight distribution for the sake of minimal contact. After some well thought out and cautious maneuvering, I got the sheets on the mattress and the pillow into the pillowcase. The pillowcase was very thin however, so I didn’t want to lay my head on it because my short, spiky hair would probably penetrate the cheap, low-thread-count pillowcase fabric and come into contact with the plastic pillow inside it which I know wasn’t thoroughly washed (how could you place a plastic pillow into a washing machine?) I tucked the pillow under the bed cover sheet to give it an extra layer of barrier between it and my head.

I carefully removed my shoes (without using my hands of course) but continued to stand atop them, as I certainly didn’t want to come into contact with a “dirty” foreign floor. Carefully balancing on top of my shoes I placed one leg after the other into my pajama pants all the while being very careful not to let the bottom of the pajama pant legs come into contact with the floor or anything else other than my legs. After getting into my pajama pants, I tucked the bottom of the pant legs into my socks. I then slipped my feet back inside my shoes, effectively wearing them as slippers and walked over to my duffle bag.

From inside the bag I carefully pulled out an undershirt, making certain the undershirt didn’t come into contact with anything other than my person. I pulled on the undershirt and tucked it into my pajama pants. I then put on a hooded sweatshirt. I pulled the hood part on over my head to create another barrier between my head and the pillow. Then I carefully laid atop the bed cover on my back. I slept on top of the bed cover as opposed to pulling it over myself because sleeping on top gave me yet one more barrier between my body and the mattress. As I laid on the bed, I pulled my sweatshirt sleeves over my hands that I neatly folded on my chest, so no part of my skin would be in direct contact with the foreign sheets.

An attendant outside my room yelled out the five-minute lights-out warning. This made me realize that it took me under fifty minutes to get into bed. I was very pleased with my efficiency. For me about forty-five, fifty minutes in an unfamiliar environment qualified as making very good time. Five minutes later, the staff attendant opened the door to my room, looked at me, pleasantly smiled, said goodnight, and turned out the lights. She didn’t question my “sleeping costume” and mummy-like repose. She knew I was here because of abnormalities and I’m sure she had witnessed many oddities as a staffer in a mental hospital. She didn’t need to ask or say anything. I was grateful she didn’t. The lights were turned off and the door was closed. It was pitch black in my room. I closed my eyes. I was about to fall asleep and the last thing I remembered feeling before I did were the tears running down my temples, making my ears wet.