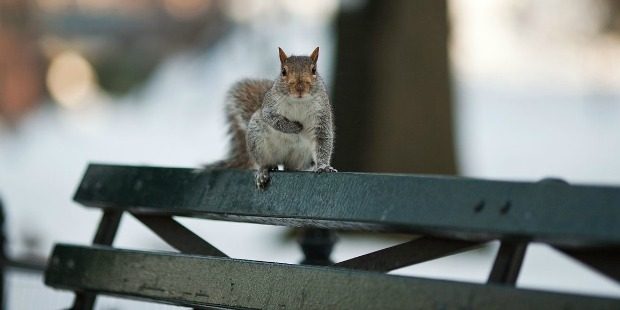 Morning session had just ended and we now had our thirty-minute break. I decided to take mine outside. It was very crisp fall day and I wanted to feel the coldness in solitude. Today’s morning session was taxing and made me weary. I walked out of the unit and off toward a small courtyard near an adjacent building. The leafy trees kept most of the courtyard in shade throughout the day. This made the brick-lain ground and the air in the courtyard even cooler than elsewhere in the surround.

I should have pulled the hood of my hoodie on, but I let the chilly air envelope my head. I felt it burn the tip of my ears and flush my cheeks with blood. The cold felt right. The cold had always given me comfort. It’s clean and dry. I found the bench in the courtyard I liked. It rested right on the edge of one of the sides of the square-shaped yard. As I sat on it, I looked at the sparse blades of grass that had managed to root and emerge from the muddy cracks between the bricks on the courtyard’s floor. It seemed these rogue blades of grass also preferred cold solitude rather than being lost among their masses within a vast sunny field and the protection the camouflage of such lack of distinction affords. I shifted my glance from ground to sky, now staring at the tree tops around me. The leaves on some of the trees had just started to turn shades of amber and burnt orange, with some even further seasoned toward crimson and tobacco. The grounds were really beautiful. Perhaps if I focused on the landscaping, I mean really looked at it, the imagery would alleviate some of the drab melancholy the morning session had instilled.

So I stared at the trees, trying not to think of anything but them. My effort at nature-therapy was suddenly interrupted by a chirping squirrel that had cautiously approached my bench, from…where? Not sure where, but there it now was. Cute, I thought. I sat still staring at it. It started approaching the bench a bit more, when I decided to cross my legs. My movement stopped the squirrel’s approach. I thought it would scurry away as was its species’ custom. It seemed to me that squirrels live in a perpetual state of heightened alert; always anxious, always in “survival mode.” Poor things must be very stressed. What a way to live. The irony of this last thought hit me a little too hard. Back came the sense of melancholy. Had it even left? I crossed my legs the other way and pulled on the hood of my hoodie. The squirrel wasn’t there anymore. I made too many movements. It must have felt overwhelmed and ran for its life.

Then I had an odd sensation that someone was standing behind me or very close to me. When I turned to look over my shoulder, I saw it. The squirrel was now standing on the bench. It had paused on the very edge of the bench furthest from where I sat, but there it was. Apparently it was braver than I gave it credit for. It seemed it decided to defy both its reputation and natural flight instinct, just to prove me wrong. Does it want food? I didn’t have any. I emptied the inside of my sweatshirt pockets to show him he was wasting his time. My doing so caused him to perk up and appear as if he was preparing to flee. But he didn’t flee. He moved closer and then paused.

Strangely, I started to find his presence comforting. Despite the way his DNA and innate instincts compelled him to behave, he chose to move closer still. I looked at him and smiled. “Cold day, isn’t it?” I asked the squirrel followed by a sense of mortification that someone may have just witnessed me talking to a squirrel. McLean Hospital was not the best setting to carry conversation aloud with forest creatures. I hesitantly glanced up and looked around. Thankfully I was alone. Well, aside from the squirrel, I was alone. I felt relief and then chuckled a bit to myself. Again, bad move. I looked at the squirrel and smiled. He moved closer. I noticed he was breathing softly. The sides of his body would slightly protrude and retract at a surprisingly slow pace. He was calm. He was sitting very close to me…, next to me. He was sitting with me on that bench.

My awe was halted by the unexpected loud thumping sound of approaching shoes. Three older female staff members were returning to work in the building to which the courtyard belonged. One of them looked in my direction and commented, “Wow. That squirrel is way too close to him for my comfort.”

“No kidding! How unusual is that?” said another.

As the women approached closer at a brisk pace, and the pounding of their shoes grew louder, the squirrel reverted back to behaving like a squirrel and scampered away. Right away I felt annoyed at the women. I knew they were just walking back to their offices on the path designated to them, yet at that moment I thought them to be rather inconsiderate. Would they have interrupted any two other people engaged in quiet contemplation with similar gusto and clamoring, or would they know to respectfully minimize their disruption? Whatever. It didn’t merit annoyance for an extended duration. The women were now gone and so was the squirrel. Alas, the whole peculiar squirrel incident was a nice respite from my mood. But the unusual distraction had passed and the thought of heading back inside was restoring my earlier malaise.

As I looked away from the door into which the women had entered and looked back toward the building I needed to head into, I noticed something rather extraordinary. The squirrel was back. He was sitting on the bench next to me, closer than he had ever dared approach. I brought my hand down toward him but stopped short of trying to pet him. It would be odd to pet him. Not because he was a wild animal, but because he wasn’t. Not at that moment anyway, he wasn’t. Curiously enough he raised one of his paws toward my leg that was next to him. I held my breath thinking he would rest his paw on my leg. But he didn’t. He retracted his paw almost as quickly as he had extended it.

After that, he was almost completely motionless. His tail didn’t twitch. His head didn’t dart about. He just sat there, staring into my hand, which now rested on my knee. We both sat there very still for about twenty more minutes. When I at last glanced at the time, it was already five minutes past my thirty-minute break. My initial sadness had been thoroughly replaced by a strong sense of peace and calm. I could have sat there, being still, for much longer. Yet, I knew I needed to head back in, which was completely fine. I was ready.

As I arose from the bench to head back inside the OCDI, the squirrel sat up. I started walking away and the squirrel climbed down from the bench and followed in my general direction for a few feet, but eventually stopped and just watched me as I continued on. When I reached the front door to the OCDI, I turned back to look at the squirrel. He looked at me as if to see what my next move would be. I raised my hand at him as a “thank you” gesture, as one does when the driver of a car allows you to proceed first. Then I looked down and smiled at what I just did – thanked a squirrel! I looked up to catch a glimpse of him one more time before heading inside, but he was no longer there. He knew I would head inside feeling differently than when I walked out earlier so there was no need for him to linger. I took a breath and stepped inside.

As I walked back to the meeting room, I thought to myself this would be the day I would start to live more honestly. I will be like Will. I would start with him. I would be honest with Will. That much I could do. He made it easy. Inside the meeting room I spotted Will already seated in one of the chairs arranged in semi-circle. The one next to him was left empty for me, as it had come to be known that we sat next to each other. I walked in and waved to him. He nodded. I sat down and then tried to get some words in before the start of the meeting.

“Hey, thanks for the story last night,” I said.

“Oh yeah, sure,” said Will. “Sometimes it’s best to just release control and ride the turbulence. Eventually it subsides.” I nodded. I would release my control, a stranglehold really, and be honest as best I could from there on out. The thing was, in coming to McLean for treatment of severe OCD I didn’t have to worry about making impressions anymore. I was there, at McLean, a mental institution. They knew about me. They already knew about the behaviors I had been so desperately trying to hide from the rest of society. There was no need for pretension. For the first time ever in my life, I could be exactly what I was without worrying to death about judgment. If I could be honest about having OCD, if I could release the need to hide that, I could just live honestly altogether. Like Will did. And I would start this new comprehensively honest life here. Right now!

I looked at Will. I tried to think of something honest to relay to him right there at that very moment! Then Will, probably suddenly aware of my staring in his direction, turned and looked at me with a “what?” expression. I didn’t know what to say. I searched Will’s eyes to think what to say that would be my first sincere statement in my new way of life. But then the counselor walked in to start the meeting, so I just looked away.