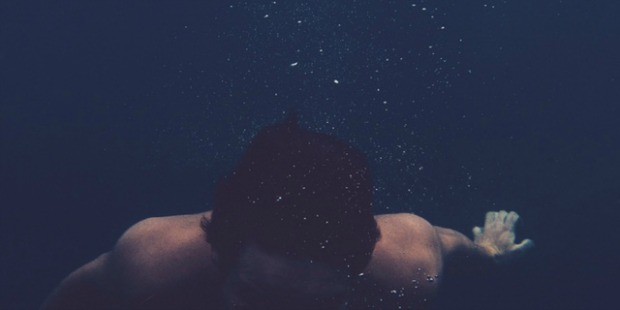 Well, one day at work it got to be too much. Actually, that’s how I felt every day at work, but this day was markedly different. This day would change the routine. I don’t exactly remember why I felt that way or what led me to write an email to myself that was my most desperate cry for help yet. I remember feeling like I was at rock-bottom that day. I had recently gotten into huge fights with two of my best friends who had done the most to try and see me through my condition, Aliza and Kelcy. I had lashed out at these two best friends by writing a vicious email to each of them that essentially let them know I was literally writing them out of my life for good. I was dumping them in the meanest spirit I could muster, effectively throwing away sixteen years of dear friendship.

Their response didn’t surprise me. They were very hurt but at the same time relieved. Just like me, my boss, my family, and anyone who had to spend any real time with me, they were also tired of coping with the ever-worsening condition I had deteriorated into. They were worn down by my vacillating between anger and desperation. They had grown tired of altering their plans and time for my sake, or rather for the sake of my OCD. At this stage, my OCD was fully in the driver’s seat and I was hog-tied to the fender, being dragged along whatever path my OCD took.

I think it is because my OCD was now driving at mach speed toward a terrifying place that I felt I had no control over or ability to stop, that I was lashing out at my family and friends more than ever. I was screaming at the people dearest to me but buried deep in the malicious mudslinging were desperate, muffled cries for help. The words I used toward them were extremely cruel, but they all contained the same hidden plea – PLEASE HELP ME! Of course, they couldn’t have known that. I had taxed their patience and sentiment and was aggressively pushing them away at the same time. How could they not take some steps back if not walk away altogether? Like so many others in my life who had to deal with me, Aliza and Kelcy were tired and they needed some reprieve. My moment of harsh, uncontested anger afforded them that. They were done.

Anyway, it was after a brutal written attack toward Aliza and Kelcy, my last two friends who were still willing to stick by me, albeit at arm’s length, that I knew I was alone. I had a trigger at work and no one left to turn to because I had successfully pushed everyone away. Again, I didn’t blame them. I was tired of myself. I wanted to be done as well. The trigger was a handbag. A piece of crafted leather, used by women simply to carry some personal items. That’s its primary function. It’s not a weapon or generally viewed as any usual form of threat. It’s a handbag. That’s it. Yet it was a handbag which evoked such intense fear that it froze me physically but caused my mind and thoughts to race like a revved up Ferrari engine.

My boss plopped down her handbag on my desk and asked me to find a tannery near the office to have it professionally cleaned. I recognized the handbag, which is why I was so terrified. The moment I locked eyes on it something in my brain clicked. I started riffing through the mental log I kept to figure out why this handbag meant danger. This mental log is akin to a video recording of one’s life. Everything I ever experienced was being recorded by my brain to be kept as memory. Thus whenever needed, I could play in my mind a given timeframe within this recording from which I needed to remember something. Just like a streaming service I would fast forward through memories of my experiences within the recalled time frame. Images raced at mach speed through my head, until the red flag I was trying to recall produced itself. After a few seconds of this exercise, the image came up – the place I knew the handbag from.

It was the handbag my boss took with her to an AIDS charity event a few months back. About seven months to be more precise. That day, the day of the charity event I logged everything my boss wore so that should I ever see those items again, I would know to avoid them as per OCD, they had been contaminated. Why were they contaminated? Simply because those were the items she wore to the AIDS charity event after work. It was likely that people in the organization that was holding the event had some contact with people who may have had contact with some people who had some contact with persons dealing with AIDS in some capacity. The degrees of separation from an actual person with HIV or AIDS to anyone at the event didn’t matter. The intrusive thoughts would turn even an iota of association into the effective equivalent of direct infection. Heck, my mind was able to turn a fucking handbag into the equivalent of bio-hazardous waste that would probably contaminate me with HIV or AIDS should I have direct contact with it. A mother-fucking handbag for Christ’s sake! Funny, it’s only after I developed severe OCD that I could truly appreciate the cliché “the power of the mind.” It certainly was more powerful than anything I knew to exist or had ever encountered. My own mind was determined to vastly limit and ruin the quality of my life for its own preservation.

That whole day, the day of the AIDS charity event, the intrusive thoughts were piercing through in rapid succession. I was stressed about how I would ever be able to interact with my boss again if she actually attended the event. At least the exorbitant amount of stress took my focus off the crushing guilt. Guilt about avoiding people giving of themselves to champion an important cause. Guilt that this crucial cause triggered such intense fear. Fear! Instead of empathy and obligation to do my part. Why had OCD manipulated my mind in such a sinister way that something meriting care and charity became something to fear intensely? Why this cause? What was OCD trying to destroy? I knew OCD was my supreme enemy, hell bent on tormenting me to shut me out from the world. To isolate me, imprison me to an extent where there was only one way out. An escape that meant finality. How long could I resist OCD’s push toward that end? How much more torture could I endure before I welcomed such an end as the better alternative?

I actually contemplated quitting my job of more than two years because of that handbag. I was strongly leaning toward calling in sick as that would buy me an extra day away from my boss in which time she would likely take not just one, but two showers, therefore cleaning herself two times since attending the charity event which would make her two times as “clean” versus her having taken just the normal one morning shower per day if I went to the work the next day, as usual. To calculate the likelihood that my boss would actually take at least two showers before I encountered her again, if I were to call in sick, I needed to look at some other variables such how important cleanliness was to my boss, how thorough a shower she was likely to take every morning, etc.

With OCD, doing calculations is a necessity and a constant. Even when attempting to function normally and tend to tasks at hand such as doing my job, I was simultaneously doing calculations in my head to determine my next move. It was important to hone the skill of doing the calculations simultaneous to whatever task I was performing, be it writing an email, talking on the phone, or talking to another person, so that there was no pause in my actions. Stopping everything I did, or effectively “freezing” while I performed the calculations would appear odd. Therefore, it was important to be seamless and not interrupt my normal daily routine, at least not with calculations. It was all about maintaining the appearance of normalcy as much as possible. Of course, OCD’s residence in my brain gave it the best possible advantage. It could see my calculations as I did them and anticipate my next move before I even made it. OCD could thwart even the best made plans because it was aware of them as soon as I formulated them. But the misfiring fear signals were so intense that I was compelled to continue calculating, planning, and ritualizing.

The day of the AIDS charity event, about seven months back, while I performed a multitude of various calculations in my head to yield the best and worst case scenarios, I also carefully logged everything my boss wore that day and took with her to the AIDS charity event. Such a mental log needs to be thorough and exhaustive because should she wear anything she wears to the charity event again, I would have to log everything those now contaminated items (since she wore them to an AIDS charity event, clearly they’re contaminated with HIV or AIDS per my mind’s associative connections) come into contact with as those items would consequently also become “contaminated.” I have an excellent photographic memory, which is almost a curse in my case because I’m able to recall everything I mentally log, even if I logged it months, or years back.

OCD liked me to log everything because then the “contaminated items” that came into contact with other items in the future, thereby rendering those newly contaminated items as off limits, made my world ever smaller. This was a defense mechanism. OCD’s goal was to get me to a point where I felt everything was contaminated and I would be too scared to come into contact with anything in the outside world. It wanted me to stay in bed and not ever leave the safety of the now very small, non-contaminated space within my apartment as that was the surest way of avoiding potential danger and risk self-preservation. However, my goal was to seem as normal as possible and to seem so, I was forced to sometimes venture out to attend certain events. If I didn’t want to take the option OCD was pushing me toward, I had to fight enough to try and function. Yes, it was more “disfunction” in the fucked up, tormented, hateful, skewed perspective OCD imposed on me to see the world, but it was the alternative to a more final solution. At least that’s what I believed at the time. And that other final solution, while perhaps affording an escape for me from OCD’s clutches, would yield a horrible pain for the people I loved. Because they loved me. Despite my behavior now, despite their need for distance from it, despite the hurt and confusion and anger, I knew they still loved me. And even if they no longer could, I still loved them. And for them, to keep them from incurring the pain of loss, all of which would be wrought by OCD, I had to fight to exist. OCD was successfully rotting my brain and destroying my life, but I couldn’t let it destroy the lives of my loved ones. Hurt them, upset them, anger them, sure – that was an inevitability. But that fucker OCD wouldn’t destroy my loved ones. I had to exist for them.